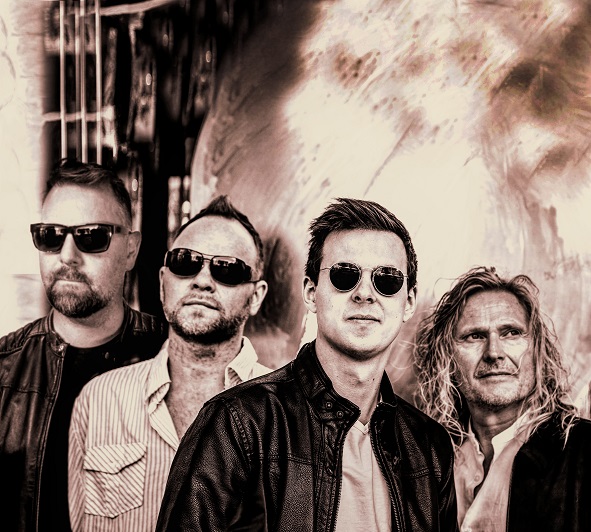 AOR music has never gone away in all those years I reviewed and interviewed new albums. Of course there were times when AOR almost died, especially during the 1990s, but each year brought us new albums that gave hope for the AOR fans. In the 2010s AOR music became more and more popular again, thanks to the consistancy of the already established AOR labels and the breakthrough of several young bands in especially Sweden (WORK OF ART, H.EA.T. and many more). Of course there were also countless bands out there that already existed for a longer time and whom released new albums as well, but from all those albums which have been released the past 10 years, perhaps the finest new AOR album might be the new album of the Norwegian band STONEFLOWER Their album is titled Finally and every AOR fan should get this album a.s.a.p. as I can already say now that it is THE BEST AOR ALBUM OF 2020! Of course we had to an interview with them and so we did one with Bassplayer SVENN HUNEIDE and Guitarist TOM SENNERUD, but also vocalist JOHN M. MAZAKI and drummer GEIR JOHNNY HUNEIDE had something to say...   Hey guys, you have a long history, it all started with DIESEL DAHL right?
Tom:     We started out from the band Diezel (Diesel Dahl (TNT, Tindrum) with the release of “Crack a little smile” in 2003. In Norway at the time there was absolutely no interest in the 80´s style music, but we got quite a lot of good vibes from the AOR community. So, we started on the second album, which was almost done but we couldn't find a possibility to finish it. Frode Henriksen (Singer) moved to another part of the country, and the band broke up. After about ten years, I fixed and mixed “Destination anywhere” and released it on my own label.

I believe you formed STONEFLOWER in the mid-1990s, why did it took so long to release a full-length CD?

Svenn: Well, it took some time just to record the whole record. We didn’t have a record deal at the time, so no one was pushing us either. And of course we wanted the album to be as good as it could get.

I can imagine you have seen so much changing in all those years your band has been active, both the music itself and the whole music business, internet and well, everything is different compared to the time you played with Diesel, how much did this affect you both in your mindset and in your music when creating a song?

Tom: I don't think it affects the songwriting other than when you look around you and see the changes, you sometimes think that maybe it's time to follow the trends a little - musically, but then again it's difficult to change style, but with new technology you can make it sound much more modern. We have our musical heart for aor/westcost kind of music, and when you try to do something else, it doesn´t work. The big difference from back in the days is that the recording platform has changed. Now you can move around with ideas in a whole different way. We can make demoes that often have some magic in them, and keep it all through the production. Everybody has their own DAW at home. It still costs money to make an album, but not nearly as much as before.

In the mid-2010s you went to search for a new singer and found JOHN MASAKI, can you tell us all about this amazingly talented singer?

Tom: Since I ran a commercial dubbing studio at the time, and was hiring singers for cartoon films, John shows up and delivers. He also did demo´s for Svenn and I since we were starting up writing songs with Stoneflower in mind. It didn´t take long demoing “through the fire” before I knew this was our guy.

John: I Come from mid Norway and moved to Oslo to train as a musical theater performer after my music education was over at the university in Trondheim.
After school I got a job as a singing waiter and came to Tom’s studio to put vocals on some cartoon songs around the time they were looking for a new singer. Tom asked me to record a couple of demos for them and the rest is history. Today I work fulltime as a performer in musical theater, shows, events, session singer and everything else I can get my hands on.
The new album Finally is amazing, just pure AOR HEAVEN and likewise therefore released on this label (haha)! How did you get in touch with them?
Svenn: When we released our first album we were looking for somebody to sell them because it’s just a massive job to do this for yourself. WE got in touch with Georg and he bought the whole stock and sold them on AOR heaven, the same thing happened with our second album so it was a no brainer to choose AOR heaven for our third as well but this time they released it by themselves.
Can you tell us how you came to the sound on this new album, because it is basically pure AOR? Which bands were your biggest influences (TOTO I guess?)?

Svenn: I think it just comes naturally because this is our favourite music style and I think 90% of my favourite bands are AOR bands. Of course Toto has been an influence trough the years but also Foreigner, Whitesnake, Van Halen, Def Leppard, Survivor and all the other great acts are bands I’ve been listening to since the early 80’s.

Are there any interesting stories to tell regarding the whole recording process?
Tom: Not really, other than we haven't had any money to produce, and did this on our spare time, and the result is that it took a h.... of long time to finish

Svenn: ha ha well what happens in the studio stays….  Actually nothing particular comes to my mind but it has taken some years making this album and I believe we have recorded it in 5 different studios all in all. 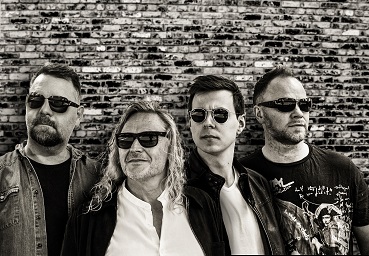 I really need to point out the 2 best songs for me personally, namely Believing and Calling all stations, can you tell us all about the songs as in regards to when you wrote it, if there’s a story behind it and whom influenced you specifically on those songs?

Svenn: That’s an easy one. About “believing” there’s a important story. We were at the end of the recording prossess of our second album and one day Tom played an intro and first verse of a song that he wanted to include on the record. I thought the song was brilliant but our singer at the time, Frode moved to a completely different location in Norway and so the air just ran out. After a while I was still keen on this song that Tom had brought so we talked and decided to meet in the studio again to see where it took us. When I came up with a chorus, the song just kicked us in the head and we were up and running looking for a singer.

When it comes to “Calling all stations” it’s a different story. When we started writing for the album I didn’t have my own studio and my skills were maybe not fulfilled and after a couple of years I got my own studio and started writing more songs. I’ve always been a fan of Norwegian singer Jørn lande and I have played with some of the musicians that played with him. One day I said to myself, “let’s write a song that Jørn could have sung”  and I wrote “Calling all stations” when I one day played it for Tom he just loved it, so we had to scrap one of my older songs and replace it with this song.
It’s hard to avoid the current situation we are all facing, but perhaps you can share us your thoughts on this and how it has an impact on your personal (and music) life?

Svenn: we’re not the most busy band on the road and we finished the album in December 19, so it has had little effect on us. We had booked a release concert in Oslo 24. April but due to Corona that was cancelled. But we will be back for more live shows.

When all is well again, do you consider touring?

Svenn: I don’t think there will be a tour but we’ll certainly play shows.
What are the plans for the future of STONEFLOWER, can we expect more of such AOR gems?

Tom; With all the fantastic response we have got now, it probably going to be more yes.

Svenn: I really hope so, we’re not getting younger (us three old guys that is) but we really found a lot of pleasure and a new spirit by this release.

Ending the interview with a few short questions to learn more about the people behind the band: -          First record ever bought?
Tom-Made in Japan DEEP PURPLE
Svenn- Conquest, Uriah Heep
John- Iron Maiden - Rock In Rio
Geir:  Dont remember who came first, but those first albums from Nazareth, Thin Lizzy and of course Pages and Toto.

-          Best record of all times?
Tom- One of the TOTO albums. Can´t pick only one
Svenn- Whitesnake, Live.. in the heart of the city
John- Guns and Roses, Appetite For Destruction
Geir: Toto: Hydra or maybe IV

-          Besides AOR what other music you are listening to?
Tom- Metal
Svenn- I actually listen to a lot of different styles of music as long it’s quality music.
John- Everything as long as it’s well made
Geir: Try to listen to all sort of music. But it has to have a high grade of quality and musicality to it... or are just plain grooving.

-          Finest moment in your life (can be anything, not specifically something musically speaking):
Tom- Birth of my daughter.
Svenn- Birth of my son
John- When I started singing and for the first time in my life I realized I was good at something
Geir: Being born in Norway, I guess. And of course meeting my wife, Karin.

Svenn: Thanx mate. We’re so happy you liked it